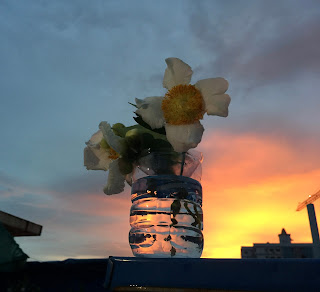 When she got there first time in a decade ago

She saw everyone’s meal with that; tiny citrus fruits with soy sauce

But she loves its aroma since then

When she got there second time and the following times

She started liking its juice although it is strongly sour

She enjoyed it like everyone there, which is lovely Kalamansi

Then, the World has been sick and halt

And, human were under their own retain or ruled kept in their nests

Millions of people called for help for cure of stresses

She was also one of those and looked for MHPSS

A small green plot has been started with some Pineapple plants

Then, many more others walked into there as family members

And, a beautiful roof-garden has been grown up there

Then, she can be seen there every early morning and every late evening by talking her flowers

And, luckily found her Calamansi in a Garden nursery

While she drove for some plants and trees

She didn’t know that she would be delighted that much

It was not in their own land,

Her own land has been under the spell of a curse

It is added to the World’s difficult times’ part

The sounds of bombs,

The houses are left empty in the towns

The displaced people are full in the forests

The tears of mothers are flooded across the country

The moans of the wounded people have been heard from everywhere

The many people having a safe place of no where

All people are unsecure anywhere…

Her nights became very difficult to pass over again

Her days became filled with apprehension of any unseen things

But her Calamansi has been growing with no worries

Its’ new buds came out cheerfully and bloomed gracefully,

And tiny babies stand out soundlessly

They somehow made her relief with their wonderful fresh and greenly

Now, she has the first ever her own Calamansi

She picked up it with full of love, then, she smelled it, and she smells it…..

Calamansi is not just a Calamansi for She. 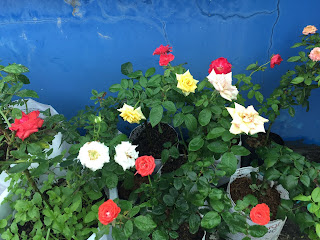